Art Owens has appeared once before on Writing Music Monday, with Space Rhythm back in 2013. He is, or was, a jazz composer and trumpeter working (I believe) mostly with synthesizers on his own. (Except, of course, for his distinctive trumpet work, which is what keeps drawing me back to him.)

And a lot of his work he pulled from Jamendo when they “redesigned” the site and “improved” it by removing features and disabling things that people liked. He left up six albums, but this is not one of them. And so far as I know, he retired from making music all together.

However, because he released all his work to the Creative Commons, all it took was somebody caring enough to post his work elsewhere, with proper attribution and sharing alike, and this album, and many others, remain “out there” for anyone to enjoy.

Sometimes his stuff is right up my alley, other times I’m not in the mood at all. But when I am in the mood, it’s great to write to, even when, as in this album, there are tracks that include lyrics.

Great stuff to write to, and that’s what I should be doing. So, back to the novel.

You can download About Life by Art Owens from the Internet Archive.

About Life by Art Owens is licensed under a Creative Commons Attribution-ShareAlike 3.0 Unported License.

When you've lost everything,
Sometimes all you can do—

is save the world.

Spring That Never Came, my newest novella, is up on Amazon now!

My short story, "For the fragile Muses..." is available now on Amazon. The ending even surprised me as I was writing it! 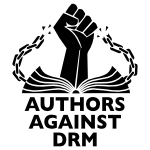 All posts by D. Jason Fleming are licensed under a Creative Commons Attribution-ShareAlike 4.0 International License.
Permissions beyond the scope of this license may be available at https://blindslapstick.wordpress.com/contact/.
%d bloggers like this: